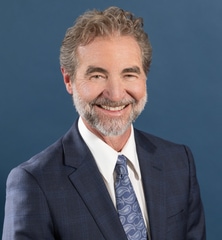 Downtown Kenosha has not been the same since Francisco Loyola launched Kenosha Creative Space.

The diligence and creativity Mr. Loyola displays in organizing art shows, musical performances and heritage events inspires a positive energy in our city.

Kenosha Creative Space hosts a vast array of events every year for the community’s benefit that in turn has launched a wonderful variety of creative careers.

Blues singer/guitarist Ivy Ford’s rising star has brightened KCS many times as part of a performance schedule that includes Chicago, the West Coast and Europe. She honed her estimable performance talent at KCS and other venues, and other bands are doing the same right now.

One of KCS’s most impressive performances came during the civil unrest of 2020.

Trouble developed quickly and within 24 hours, nearly all of the business district’s windows had been covered with protective plywood. It was a dystopian appearance no one will soon forget.

Within another 24 hours, KCS enlisted an army of volunteers equipped with colorful paint and brushes. The resultant display of paintings and heartfelt messages kept the city’s life light on as peace returned to the city. It was a spontaneous, uplifting community building experience.

I urge everyone who has attended a KCS event or simply adored the building’s dazzling mural to support Mr. Loyola’s proven commitment to a more vibrant, creative city whose future is bright.