Nonprofit seeks resources to allow for focus on core mission

KENOSHA – The nonprofit Kenosha Creative Space today announced a community fundraising effort aimed at paying off capital debts to allow for a greater focus on the organization’s community-building mission. 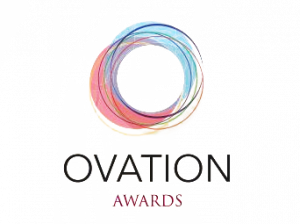 This comes on the heels of the Creative Space’s recent receiving of a Forward Award at the Kenosha Area Business Alliance’s annual Ovation Awards program.

The newly announced fundraising drive includes a renewed effort to attract corporate partners interested in growing Kenosha’s creative community, while also reaching out to past donors for to reaffirm their support for the mission of the Kenosha Creative Space.

Executive Director Francisco Loyola said the objective is to enable the organization to put greater focus on its core mission: to be the hub to grow the local creative economy.

“The work that we do to support creative entrepreneurs and the programming that we provide for the community does not happen without the public’s support, and we’re so grateful for the support we’ve received over the years,” Loyola said. “Paying off our building debt will allow us to focus more of our resources on fulfilling our mission, and the community’s continued support will truly make a difference.”

In presenting the Kenosha Creative Space with a Forward Award on Nov. 3, the Kenosha Area Business Alliance credited KCS for the creation of a vibrant community that has helped to attract economic investment and talent to Kenosha County.

As part of its core mission, KCS works individually and in partnership with other nonprofits to help creative entrepreneurs problem-solve and develop their ideas, with the goal of establishing arts-oriented businesses in the community.

KCS is also well-known for its community programming, including community events and festivals, music performances, readings and art exhibitions. Notable among these is the Festival Orgullo Hispano —Hispanic Heritage Festival — which began in 2021 to great acclaim and grew in 2022 into a two-day event that drew thousands of people to Pennoyer Park in September.

“In art theory, the Third Space is the space between a work of art and the viewer, in which meaning is created,” Loyola said. “Kenosha’s Third Space is at the corner of 57th Street and Seventh Avenue in the heart of downtown, where creatives and community members can gather — whether at a concert or a workshop — to exchange ideas and do the important work of letting their imaginations emerge.”

Help Us Fulfill Our Mission

The work that we do to support creative entrepreneurs and the programming that we provide for the community does not happen without the public’s support. We’re so grateful for the support we’ve received over the years.
Your continued support will truly make a difference on helping us fulfill our mission to be the hub to grow Kenosha’s creative economy…Our creative community is counting on it!